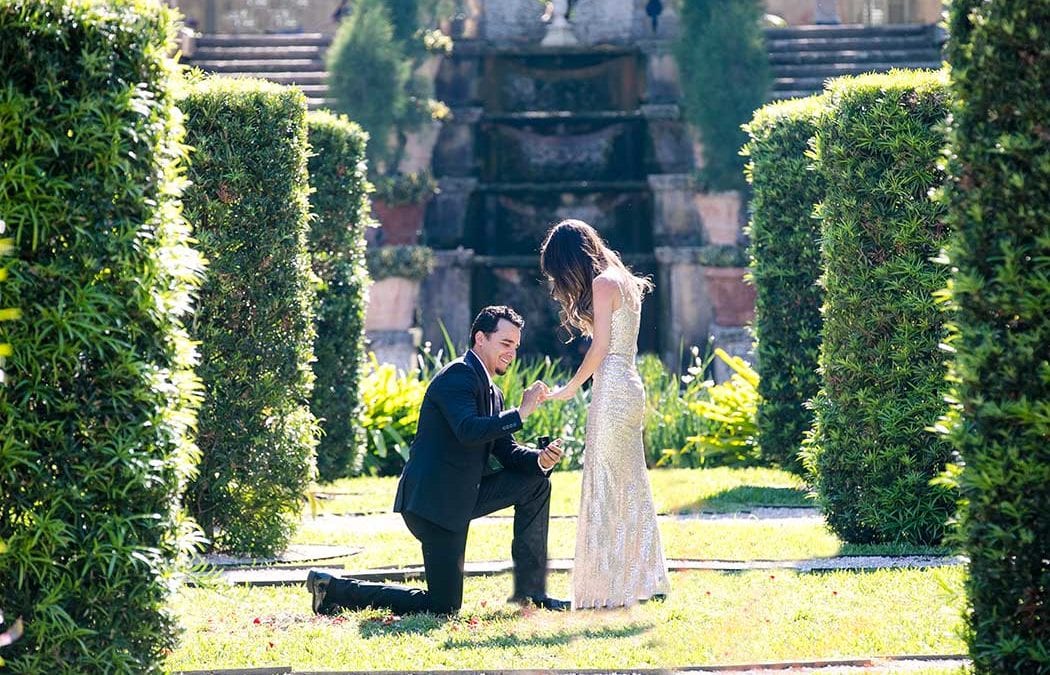 This gorgeous surprise proposal at Vizcaya Museum is featured in How They Asked.

Yosbel and Mairim met in middle school but never spoke. Then, during her freshman year of high school, they both went to a birthday dinner for his best friend. Two days later Yosbel sent Mairim a message through Facebook.  It was an instant connection.

Fast forward 8-years. Mairim has been waiting for Yosbel to propose for a while and she knew it was going to happen when he suggested they book a romantic photoshoot to celebrate their 8th anniversary. They decided to have their photos at the beautiful Vizcaya Museum + Gardens in Miami, and they really came to the party! She wore a stunning, floor-length gold sequened dress, and Yosbel looked so handsome in a tailored, black suit.

Back to back, I handed Mairim a handful of rose petals. One…two…three… and she threw them in the air and turned around. Yosbel was down on one knee brandishing the most beautiful diamond ring. This was one of the most romantic surprise proposals I’ve photographed.

A change of wardrobe, and we were now into their engagement photoshoot at Vizcaya. Big smiles from both of them. Big smile from me. Congratulations on your engagement, Mairim + Yosbel. thinking of an engagement photography session at vizcaya? contact me